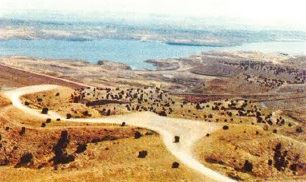 If you came to Pueblo West after 1979, there’s a pretty good chance you might not be familiar with the history of the 26,830 acres (approximately 49 square miles) that is now Pueblo West. Prior to McCulloch Properties, Inc. coming to develop the land in the 1960s, the area was quite different. In fact, you may be surprised to know that the Arkansas River Valley was home to the Ute Indians, a town called Swallows, and that there was a flood in 1921 that redefined the landscape into what it is today.

The Ute Indians, commonly referred to as The Mountain People, were the first inhabitants of Colorado. According to tribal history, the land was passed down from generation to generation since the beginning of time. Prior to the use of horses, the tribes would travel and camp in familiar sites and use well established routes such as the Ute Trail that can still be seen in the forests of the Grand Mesa. It’s been said that the some of the Ute’s lived in the cliffs surrounding Turkey Creek and what would later become the location of the Pueblo Reservoir. Occasionally, a native could be seen raising his arms in salute to Manitou. Indians would also be seen at Signal Rock, waving their blankets in wig-wag messages to other natives on Robbers Roost over near Fountain Creek. The rock, highest elevation in Pueblo West, is known today as Liberty Point.

Due to the gold rush and settlers moving west, small towns started popping up all over the plains and mountain ranges. Around 1860, adventurers and homesteaders formed a town called Swallows 12 miles west of Pueblo in the Swallows Valley. There are many discussions about how Swallows got its name whether it was because of the river or the birds that inhabited the cliffs but the town has become a rich part of Pueblo West’s history. The town served as a stop on the rail line into the gold camps and the available natural resources helped the town to flourish. Turkey Creek, which rises in the foothills of El Paso County, flows southward and crosses Highway 50 West. It watered the community of Swallows, and flowed into the Arkansas. The community raised such vegetables as cabbage and celery in the rich bottom land soil. They had a few orchard trees, some cattle, and produced dairy products. It wasn’t until the great flood of 1921 that the town would be devastated. The town would never fully recover and would eventually be submerged when the valley was flooded in 1974 after the creation of the Pueblo Reservoir.

On June 3, 1921, the city of Pueblo received word that the Arkansas River was flooding upstream. The flood was caused by a sudden cloudburst on the Arkansas just ten miles west of Pueblo, near Swallows. The flood only became worse later on when Fountain creek also began to flood from down pours 30 miles north. The damage was devastating as nearly fifteen hundred people lost their lives and over 20 million dollars in damage was done. Swallows would never recover and it would take many years for Pueblo to rebuild but even then things would never be the same.

While the town may be gone there are still some remnants of those early times. For instance, if you were to drive west on Highway 50, turn left on Swallows Road, drive 5 miles into State Wildlife Area to the end of the road, you will see the Swallows cemetery, a few site markings, and an old stairway. Even if the town is gone and the people have since passed, they all still play a part in Pueblo West’s history. 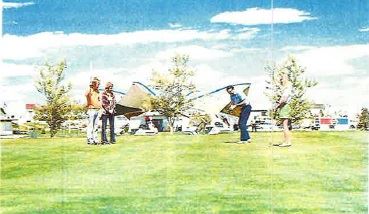 It may be difficult to imagine Pueblo West without the reservoir, equestrian trails, or the 18-hole golf course but it was once nothing but land with vistas of the great Rocky Mountains where the native peoples lived off the land and settlers came to make a new life. It was largely this landscape that drew Robert P. McCulloch to the area in 1969.

In 1969, Robert P. McCulloch and his company, McCulloch Properties, Inc. came to Colorado. Receiving inspiration from the neighboring municipality of Pueblo, McCulloch and his company formally founded the Pueblo West Metropolitan District (the District) on September 16, 1969, pursuant to the Metropolitan District Law adopted in 1947 by the Colorado Legislature, Article 3 of Chapter 89, and Colorado Revised Statutes. Mr. McCulloch was a very successful business man that sold the dream of Pueblo West all over the world. He was an artist that used his knowledge and wits to get people to invest in Pueblo West and buy into the potential of an “opportunity city”. McCulloch’s vision was for a ‘multimillion dollar investment to transform nearly 26,000 acres of rangeland at the base of Colorado’s teeming Front Range 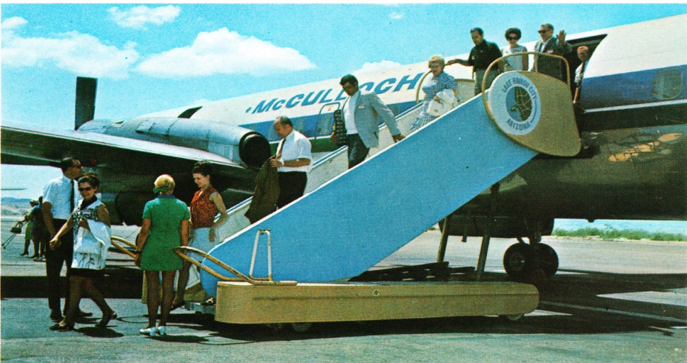 One way McCulloch sold these ideas was by offering a “Fly-to-See” program. The idea was to get people from all over to come see the potential of Pueblo West with a free plane ride. Letters and newspapers all over the country would print information about Pueblo West and its many great attractions like a “wonderful world of spacious living” and investment opportunities. The reader would clip a coupon from the advertisement, fill in their names and addresses, and mail it as directed. The readers would then receive information on the McCulloch flight program and once in flight, they were served delicious food and drinks. When they arrived they would be taken to the site of the Pueblo West Inn and go on tours of the land. People weren't just coming to buy land in Pueblo West, they were investing their dreams in endless possibilities.

During the first years of Pueblo West, there was a great deal of excitement and building taking place including the development of the Pueblo West Inn. The Inn became the centerpiece for Pueblo West not only because it was a luxurious 48,000 square feet with 80-units but because it brought people together, started new friendships, and many business transactions were completed making what Pueblo West would become, possible.

Another monumental development was that of the Pueblo Reservoir. The Pueblo Dam was constructed between 1970 and 1975 as part of the Fryingpan– Arkansas Project. The project was authorized in 1962 for the purpose of supplying water for irrigation, municipal, domestic and industrial uses and for generating and transmitting hydro-electric power. 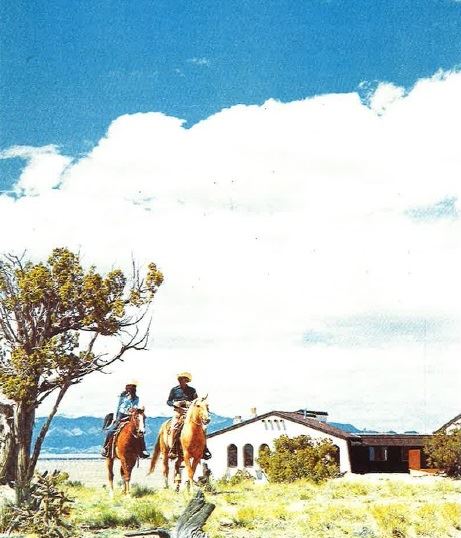 The Pueblo West News, the District’s first newspaper, reported in 1974 that over 2,000 new residents had moved into Pueblo West, and that Pueblo School District 70 founded Pueblo West Elementary, with 200 students enrolling in the fall. Around that same time, a handful of recreational and industrial opportunities were also being founded on Pueblo West property including the South Equestrian Center, National Horseman’s Arena, the Pueblo West Golf and Tennis Club, and the industrial Aspen Skiwear, all making use of the area’s expansive plains for their ventures.

Pueblo West boasted a population of nearly 4,500 by the early 1980’s, requiring the building of Pueblo West Middle School. With developmental opportunities abounding in the North Industrial Park, the economy of the District was growing right alongside its residential areas. Following a population boom in the 1990’s, several new elementary schools were built, with Pueblo West High School officially opening in 1996.

In the early 2000’s, a trail system was laid for the enjoyment of the residents, along with an additional fire station being built to serve the north side of the District. Pueblo West soon also entered into the Southern Delivery System, a bilateral agreement to supply water from the Pueblo Reservoir to Colorado Springs. Today, Pueblo West maintains over 28,000 residents and a constantly growing industrial center.